Zandile Khanyile and Thabisile Miya. Zandile has worked for the advice office since 1998, and Thabisile joined in 2005. Each has a paralegal diploma from the University of Natal, as well as a SAQA-accredited Certificate in Paralegal Studies.

uMshwati (the Midlands of KwaZulu-Natal)

The advice office serves New Hanover as well as the towns and villages of Dalton, Wartburg, Trust Feed, Empolweni, Cramond, Swayimane, Claridge, Clan Syndicate, Cool Air, Fawn Lease, Mount Elias, Efaya, Montebello, Appelsbosch and Harburg. There are many surrounding farms, and most of the office’s clients either live or work on farms.

New Hanover is a small town situated 35 kilometers north-east of Pietermaritzburg. According to the most recent census, it has a population of 3,175. The advice office opened in 1998 and is located at the magistrate court.

According to the 2011 census, the population of the uMshwathi Local Municipality where New Hanover is based is 111 600, and 95% are Black. The area’s main economy is farming, with the most common being sugarcane, followed by fruits, grains and timber. A quarter of people are unemployed and youth unemployment stands at 32%.

The level of formal education is low, with only 21% of people having a Matric qualification. Many areas have poor infrastructure, and for example only 63% of homes are described as formal dwellings, while three quarters have electricity and just under a quarter have piped water.

There are high levels alcohol abuse in the area, which contributes to domestic violence. Other problems are teenage pregnancy, drug use and HIV. The community complain about the delivery of services like RDP houses, good roads and jobs, as well as about water shortages.

In 2019, the office attended to 490 cases and 734 people, with the most common being gender-based violence (63% of cases). Staff successfully resolved 104 cases through mediation, and helped 333 clients to obtain protection orders. The office ran 66 support groups for 933 women affected by abuse and gave 44 workshops to 1321 people on gender-based violence.

How long have you worked for the advice office?

What are the main problems that you have to deal with?

The main problems are poverty and evictions of farm labourers

Have you had a case when you relied on traditional customs?

Would you say people’s attitudes and behaviour are starting to change?

Yes – women’s attitudes have changed. They have become empowered to speak out and claim their rights.

Who is your role model?

Winnie Mandela, because she is a strong woman who fought for her people.

Are there any laws that would like to see changed?

There is abuse of child support grants by mothers who take the money and spend it on themselves instead of on the children. The government should try to do something about this.
Zandile at the New Hanover support centre

Can you describe one or two of the most satisfying cases you have dealt with?

There was a case of a widow whose son died, and she wanted to obtain his Provident Fund. She didn’t know how to get it and came to me for help. She needed certain documents from the police such as the post-mortem. I got the documents myself and had to push the company and chase them up. After a year we got the payment.

If you could change anything about your work and the people you deal with, what would it be and why?

We need our own transport, and a ramp for disabled clients.

What advice would you give children growing up in New Hanover?

I would advise them to study and not leave school early to work, but to stick with their education.

How long have you worked for CCJ?

Since 2005. I was a paralegal before I came to work here.

What are the main problems that you have to deal with?

The main problems are domestic violence, rape and labour issues.

Have you had a case when you relied on traditional customs?

Would you say people’s attitudes and behaviour are starting to change?

Yes – women’s attitudes have changed. They have become empowered to speak out and claim their rights.

Who is your role model?

Nelson Mandela, because he fought for our freedom.

Are there any laws that would like to see changed?

The Children’s Act makes it legal for children as young as twelve to do family planning and have an abortion. I would change that.

Can you describe one or two of the most satisfying cases you have dealt with?

A client’s grandmother died and the father of her child didn’t want to help support their child. She came to ask for advice, and I called the father to mediation and he agreed to pay. He is still paying maintenance now.

What advice would you give children growing up in New Hanover?

I would say that education is the key and that you should study until matric and afterwards if you can. 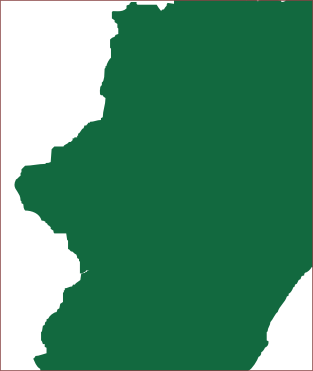 New Hanover Advice Office is currently conducting six support groups a month with women affected by gender-based violence. These are either clients that the …read more